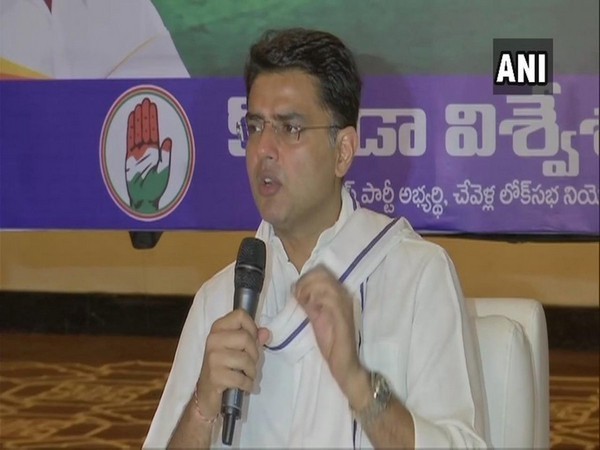 Jaipur (Rajasthan) [India], Nov 8 (ANI): Rajasthan Deputy Chief Minister and senior Congress leader Sachin Pilot on Friday attacked the Centre for withdrawing the SPG cover of the Gandhi family.
"Despite a clear threat to the Gandhi family, which has lost two family member and PMs to terror attacks, the decision of the Govt to reduce their security cover looks politically motivated. This is putting their lives at risk. Their SPG cover should be immediately reinstated," Pilot tweeted.
Congress president Sonia Gandhi, her son Rahul Gandhi and daughter Priyanka Gandhi Vadra have been stripped of the Special Protection Group (SPG) cover.
The Ministry of Home Affairs (MHA) reviewed the security cover of three Congress leaders and later took the decision to withdraw their SPG security cover.
The Central government has now decided to provide them with Z plus security cover. The CRPF personnel will now guard the members of the Gandhi family.
Prime Minister Narendra Modi will be the only person, who will be under the SPG protection.
After the assassination of Rajiv Gandhi, the SPG Act was amended to provide security to former Prime Ministers and their immediate families for a period of 10 years from the date on which the former Prime Minister ceased to hold office. (ANI)

World is watching us, show them we are one: RSS leader to Muslim professionals

Rise above politics, stand with govt on national integrity,...

Union Budget will be for youth, middle class and traders...