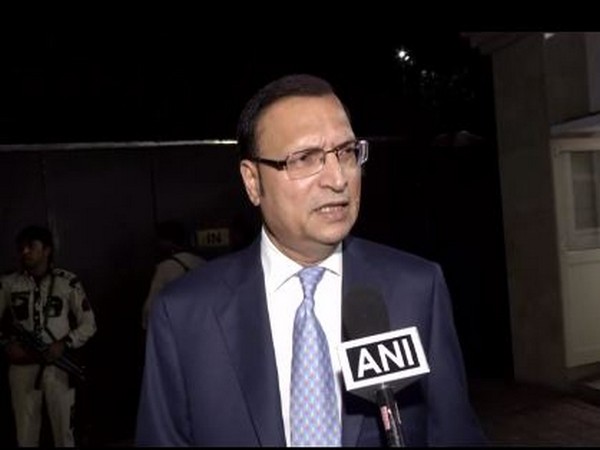 New Delhi [India], Nov 21 (ANI): Delhi and District Cricket Association's (DDCA) president Rajat Sharma on Thursday met Lieutenant Governor Anil Baijal.
Sharma, who had resigned from the post on November 16, said Baijal was worried over the recent developments which took place in the association.
"LG was worried about the DDCA and wanted more transparency in the DDCA affairs and wanted the orders of the Ombudsman to be implemented. We talked about this," Sharma told ANI.
However, just after two days, Sharma again assumed the charge of the office of DDCA president after ombudsman Justice (Retired) Badar Durrez Ahmed put his and other officials' resignations on hold and asked them to continue in their respective roles.
Sharma said the other reason for the meeting was to hand over a check of Rs 10 lakh to Baijal for the police welfare fund.
"Our second purpose was to hand him a check of Rs 10 lakh for the police welfare fund. It is DDCA's tradition and we have always been giving this," he said. (ANI)

Fishermen to get Rs 10,000 during 'no fishing' season: Andhra CM launches Matsyakara...

Recent trades are reflection of the challenges we are facing,...

Time to put everything into preparation for Olympic games:...

New Delhi (India) July 15 (ANI): There is a declining trend in the circulation of...

New Delhi [India] July 31 (ANI/NewsVoir): To secure its status as one of the three...

Those supporting Shaheen Bagh are in awe of their vote...