RJD holding talks with Congress over alliance for Delhi polls 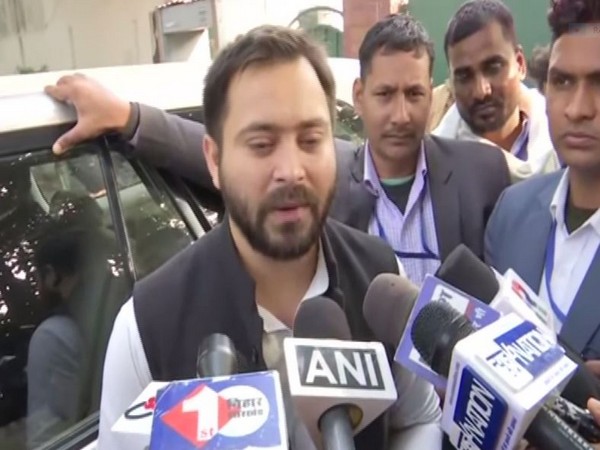 Patna (Bihar) [India], Jan 14 (ANI): Rashtriya Janata Dal (RJD) is holding talks with the Congress to forge an alliance for contesting the Delhi Assembly elections, said RJD leader Tejashwi Yadav here on Tuesday.
He said that the party's Delhi in-charge Manoj Jha and general secretary Qamar Alam are holding talks with the Congress to reach an agreement with respect to seat-sharing.
"It would be good if we enter into an alliance with Congress in Delhi. Delhi in-charge Manoj Jha and party general secretary Qamar Alam are holding talks with Congress. We are already in alliance at the centre and in Bihar," said Yadav.
"We will stake claim over the seats which we are likely to win," he added.
The Model Code of Conduct came into force in Delhi on January 6 after the Election Commission of India announced that the assembly election in Delhi will be held on February 8. The counting of votes will take place on February 11. (ANI)

CAA about citizenship to refugees, not against any religion: MoS Faggan Singh Kulaste

Effective corporate tax rate after surcharge to be 25.17...

Research proves all work and no play make kids dull

Chidambaram should follow law, will be punished if he is...