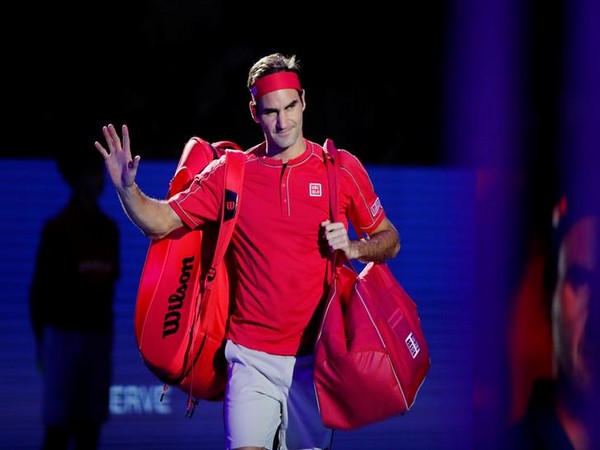 Bern [Switzerland], Dec 3 (ANI): Veteran tennis star Roger Federer is all set to become the first living person in Switzerland to have a coin minted in his honour.
The Federal Mint, Swissmint on Monday announced that they would be honouring the veteran. It will release a 20 Swiss francs silver commemorative coin in January next year.
"The Federal Mint Swissmint is honouring Roger Federer and, for the first time in its history, dedicating a Swiss commemorative coin to a living person," Swiss Mint said in an official statement.
The 38-year-old took to Twitter to announce the news and captioned the post as: "Thank you Switzerlandand Swissmint for this incredible honour and privilege".
Federer has won 20 Grand Slams and he is regarded as one of the best players to have ever stepped on the tennis court.
He was involved in a marathon Wimbledon final this year against Novak Djokovic. The match went on to create a record for the longest ever final of the Wimbledon.
Federer just fell short to Djokovic. He later went on to reach the semi-finals of the French Open.
The 38-year-old finished at the number three position in the ATP rankings. This is the 15th time that Federer has finished within the top three.
He is also the oldest player to end the season at the number three position. (ANI)

Mitchell Starc opts out of IPL 2020

Want to perform at high level, no matter what competition:...

Won't give any excuse, were not able to perform well: Mominul...

India colts off to winning start, defeat Sri Lanka in U19...

Bloemfontein [South Africa], Jan 19 (ANI): India's colts got off to a winning start...

Luke Perry gets heartfelt tribute from son ahead of 'Once...

Shiv Sena should give up its demand for CM's post: Ramdas...

Centre approves setting up of 5 new medical colleges in...