Ronaldo named as 'Serie A player of the year' 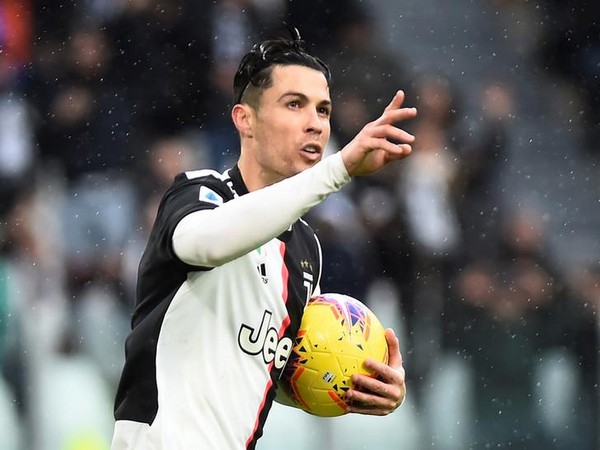 Milan [Italy], Dec 3 (ANI): Juventus striker Cristiano Ronaldo on Monday (local time) was named as the 'Serie A player of the year'.
The Portugal star scored 26 goals in his debut season for Juventus and he helped his side towards another domestic title win, Goal.com reported.
Ronaldo was announced as the best player by a jury comprising of fellow Serie A players, coaches, referees, journalists, and current and former technical commissioners.
The 34-year-old has won Serie A with Juventus, Champions League with Real Madrid and Premier League with Manchester United.
In the ongoing Serie A season, the striker has scored six goals from 11 matches.
On Monday, Ballon d'Or ceremony also took place and Argentine striker Lionel Messi pipped Liverpool's Virgil van Dijk and Juventus' Ronaldo to win his sixth Ballon d'Or.
Ronaldo was absent from the Ballon d'Or ceremony as he claimed his Serie A player of the year prize.
He was tied with Messi after claiming Ballon d'Or for the fifth time in 2017, but the Argentine striker has now set a new record after winning the prize for 2019. (ANI)

Chris Gayle to feature in 2nd half of BPL

Rivalries stay on the field: Kohli shares picture with...