Seminar on freedom of faith, human rights held by CESNUR and HRWF 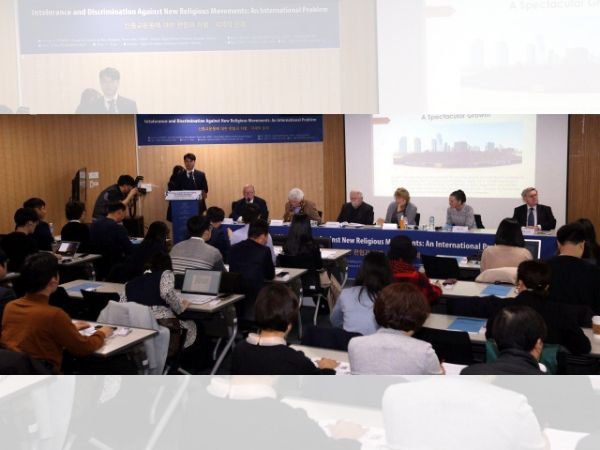 Seoul [South Korea], Dec 7 (ANI/Digpu): On November 29, Center for Studies on New Religions (CESNUR) from Italy and Human Rights Without Frontiers (HRWF) from Belgium hosted a seminar on human rights entitled "Intolerance and Discrimination Against New Religious Movements: An International Problem".
This seminar, held in Seoul, South Korea, was devoted to the protection of the rights of religious minorities targeted by the majority groups, particularly in the context of anti-human rights situations such as the forced conversion that occurred in Korea.
Forced conversion, also known as "Deprogramming", is a social issue that causes human rights violations by kidnapping and detaining the members of religious groups labelled as "cults" by their opponents in order to compel them to abandon their faith.
More than 80 participants including legal experts, journalists, and civil society representatives reviewed the current situation of forced conversion and discussed solutions to defend the freedom of faith and human rights that have become the norm of the international community.
"The protests that commemorate the victims from forced conversion were mentioned in the 2019 U.S. State Department report on religious freedom, including violations of religious freedom in the year 2018. However, there were new cases of deprogramming even after their death," said Massimo Introvigne, Managing Director of CESNUR.
Regarding the multi-dimensional strategy to solve such phenomenon, Willy Fautre, Founder and Director of HRWF stated several suggestions. He pointed at the responsibility of the leadership of the Presbyterian Church, which tolerates, endorses, and maybe encourages such a practice.
Further, he talked about developing advocacy at the UN and in organs defending freedom of religion or belief; prosecuting those who encourage people to perpetrate an act of abduction and confinement.
15 international NGOs including CAP-LC and HRWF to the South Korean President Moon Jae In, signed an open letter on July 24, 2019. It said, "South Korea may well be the last democratic country in the world where deprogramming is still tolerated" and asked the President to "investigate in-depth accusations of forcible deprogramming, put a stop to this obnoxious practice, and hold those responsible fully accountable."
Even though the deprogramming has taken the lives of the victims since 2007, the South Korean government or the President has not yet responded to this issue.
In January 2018, Goo, a saint of Shincheonji, the Church of Jesus died during the coercive conversion being dragged to the convent and pension by his family.
The coercive conversion has resulted in over 1,000 victims including dead and with mental trauma levels like those who have gone through the war.
Meanwhile, South Korea was elected to serve the fifth term on the United Nations Human Rights Council on October 17. South Korea's mission to the UN said that it plans to participate in the international efforts to respond to human rights crises around the world.
Participants urged the Korean government to respond to the issue of forced conversion, which is still threatening the human rights of its people.
On November 10, 103,764 people graduated the Bible study program offered by Shincheonji, the Church of Jesus after studying for six months and passing the exam. This has never happened in the world.
The graduates decided to take the theology course of Shincheonji despite the persecution and misunderstanding about the church and voluntarily join the church of Shincheonji.
According to the survey conducted by graduates, more than 90 per cent of them decided to join the church for the "outstanding word of God".
This story is provided by Digpu. ANI will not be responsible in any way for the content of this article. (ANI/Digpu)

Pakistan: Hafiz Saeed to be indicted in terror financing case on Dec 11

We're going there to win: Solskjaer ahead of clash against Manchester City