Shah says some opposition parties indulging in politics over NPR, did not raise questions during UPA rule 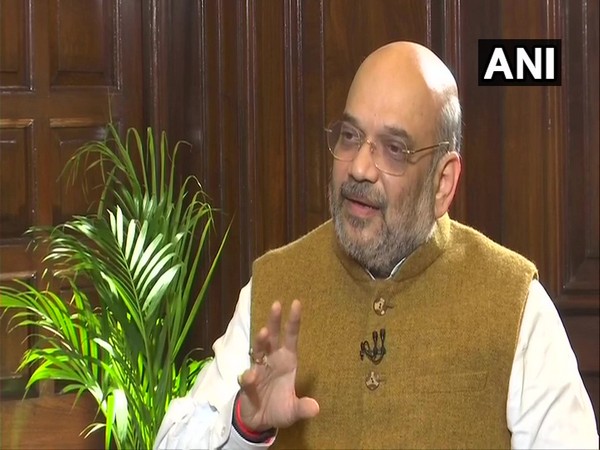 New Delhi [India], Dec 24 (ANI): Union Home Minister Amit Shah on Tuesday took a dig at the opposition parties who have raised questions over the NPR process, saying that no objections were raised when the UPA government carried out the same process.
In an exclusive interview with ANI Editor Smita Prakash, Shah said the process of updating National Population Register Exercise was being carried out as census 2021 is being done.
He said the exercise was done in a similar manner by the UPA government also.
"In 2010, UPA had done this exercise and nobody raised questions. When they do it, there is no problem but there is a problem when we do it. I don't understand what kind of politics is being done," he said.
Shah made the remarks came on a day the union cabinet approved the proposal for conducting Census of India 2021 and updating of NPR
He said census and NPR updation should be carried out every 10 years as there is a lot of change in population.
Shah also accused the opposition parties of creating a scare in the minds of minorities and keeping them away from the welfare schemes.
"They kept minorities away from all benefits by scaring them. After Narendra Modi government came to power, minorities got gas connections, houses, health card. And they do not get facilities even now, some opposition parties are opposing this (NPR)," he said. (ANI)

Decision to create CDS is major step towards bringing about jointmanship between...

Delhi court to hear arguments on sentencing in Muzaffarpur...

UP: Professors voice support for students protesting against...

Mumbai (Maharashtra) [India], Jan 8 (ANI/NewsVoir): In a first of its kind partnership,...

Have asked for immediate remedial action: MEA on forced...