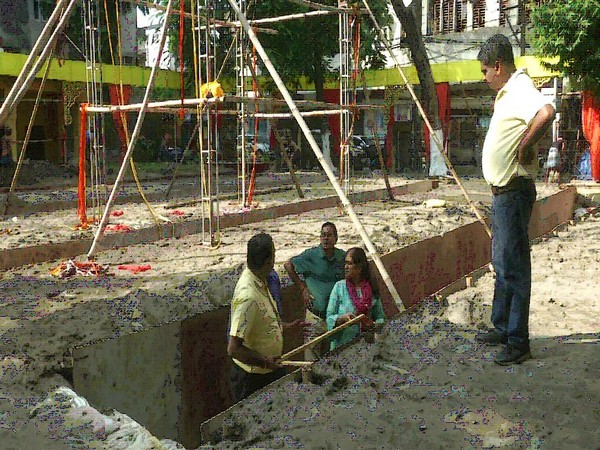 Siliguri (West Bengal) [India], Oct 31 (ANI): Authorities in Siliguri have prepared artificial ghats for devotees observing the four-day Chhath Puja after the National Green Tribunal imposed a ban on performing rituals in the river.
The artificial ghats are being prepared at the Gandhi Maidan under ward number eight of Siliguri Municipal Corporation(SMC).
Following the locals faced a crisis of ghats last year, the organisers along with the support of local residents have prepared 130 Chhath Ghats this year.
"The concept of artificial ghats which was first designed by our committee in India is being practised this year as well. We have made ghats at Gandhi Maidan to give devotees a natural river-like atmosphere," said the organiser and councillor Khusboo Mittal.
"We will also light 11,000 earthen lamps on 2nd evening at our ghats," she added.
The auspicious festival, which started on Thursday, is celebrated with huge fervour in the states of West Bengal, Bihar, Uttar Pradesh and Delhi.
"Chhath puja is becoming a festival of society and we are receiving a maximum response and preparing four Ghats at our holy place," said the secretary of the organising committee, Sitaram Dalmia. (ANI)

Six hideous fashion trends that are here to stay!

Online daters swipe more for pets than for their owners,...

These delectable and unique sweets are making noise this...