Study reveals chronic stress may be linked with inflammation and depression 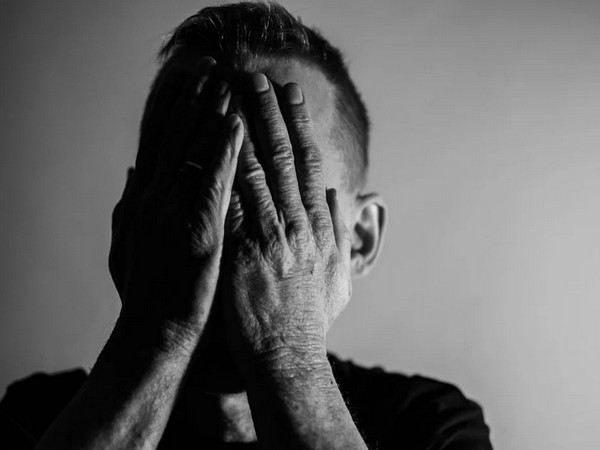 Washington D.C. [USA], Nov 22 (ANI): Scientists have come up with a new study that states chronic stress can inflame our brain, destroy the connections between our neurons and result in depression.
Now they are working to better understand how the destructive cycle happens and how best to intervene. The results of the study were published in the Journal Brain, Behavior and Immunity.
Even powerful, prescription anti-inflammatory drugs that should help break the connectivity between chronic stress and inflammation don't help many patients with depression, says Dr. Anilkumar Pillai, a neuroscientist in the Department of Psychiatry and Health Behavior at the Medical College of Georgia at Augusta University.
The problem may start with the impact stress has on our bodies and the body's fundamental, frontline and nonspecific immune response called innate immunity.
The complement system, named because it was first found to help the immune system fight invaders, is part of this innate immune response, and Pillai has found elevated levels of C3, which he calls the hub of all complement activation pathways, in both the brains of people with depression and animal models.
The complement system also has an important job during the development of removing bad connections between neurons, and there is good evidence the same thing happens in a developed brain in problems like major depressive disorder and Alzheimer's when losing these important connections, called synapses, is problematic rather than helpful.
"You have to have a functioning complement system during development," says Pillai. In depression, the complement also is active, causing inflammation and synaptic loss in the prefrontal cortex, an area of the brain important to working memory, personality, and executive function. "Under chronic stress, you are losing your synapses," he says.
C3 is known to play a key role in inflammation in the brain, and microglia, the resident immune cells in the brain, are known to use C3 during brain development to eliminate synapses.
"We expect that chronic stress increases C3," Pillai says as he continues to put the complex puzzle together. Now he and his colleagues want to know where the high C3 is coming from, whether it's the immune cells called monocytes, circulating in the body in response to stress, or the microglia. It may turn out that microglia are the direct source but changes chronic stress makes to the body are the instigators in this vicious, destructive circle.
Studies have shown that chronic stress is a major factor in depression, says Pillai. In fact, people with physical health problems like cancer or heart disease where inflammation also is a major factor, often develop depression, and at least one reason is that high levels of inflammation that are impacting the body also may be affecting the brain, Pillai says.
"They are basically bidirectionally fueling each other," he says. "It's not everyone; it's a subset of individuals with these conditions."
High levels of interferon-alpha have been found in the blood of people with depression, and long-term interferon-alpha treatment for problems like cancer or chronic hepatitis B can trigger depression or other mental health problems. Even healthy lab animals injected with interferon-alpha exhibit depressive symptoms.
Immune cells in the brain are typically not as reactive as those circulating in the rest of the body, but stress definitely gets their attention, Pillai says. The major immune function of C3 is mediated through microglia in the brain and monocytes throughout the body, another reason he wants to knock out C3 in both cell types to see the effect. (ANI)

Met Nithyananda over a year back for few minutes: Cong leader DK Shivakumar