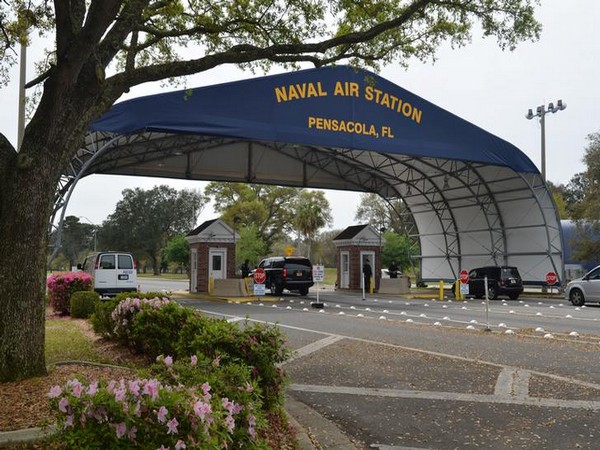 Florida [US], Dec 07 (ANI): The suspect in Friday's deadly shooting at a naval air station in Pensacola was a Saudi national and was associated with the country's air force.
"There's obviously going to be a lot of questions about this individual being a foreign national, being a part of the Saudi Air Force and then to be here training on our soil and to do this," The Hill quoted Florida Governor Ron DeSantis (R) as saying.
At least three people were killed and several others suffered injuries after the gunman opened fire at Naval Air Station Pensacola. The suspect was later killed by the security forces.
US President Donald Trump also spoke to King Salman of Saudi Arabia over the phone.
King Salman relayed that "the Saudi people are greatly angered by the barbaric actions of the shooter" and "this person in no way represents the feelings of the Saudi people who love the American people."
"My thoughts and prayers are with the victims and their families during this difficult time," the president wrote in an earlier tweet.
The FBI has declined to comment whether they are treating shooting as a terror-related matter or not. (ANI)

Jaishankar, Italian MPs vow to work together to realise full potential of bilateral...

2 killed, 5 injured in shooting in Texas

Another explosive-laden vehicle detonates in Afghanistan's...

New Delhi [India], Aug 5 (ANI): A police personnel, deployed at the residence of...

'No such condition to declare 'Health Emergency' in Nepal...

Bike rally to be flagged off on Oct 6 to spread Guru Nanak...

Pak PM won't resign 'under any circumstances': Govt on...