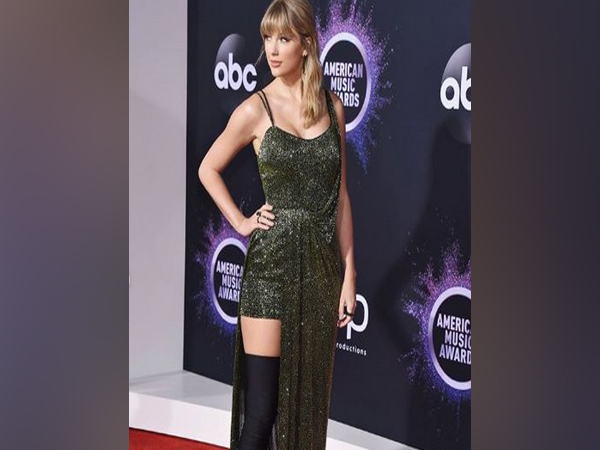 Washington D.C [USA], Dec 02 (ANI): Pop-singer Taylor Swift who was recently honoured as the Artist of the Decade during the American Music Awards, was spotted spending Thanksgiving with her boyfriend Joe Alwyn.
The 29-year-old star and Alwyn have been dating for about three years now but have continued to keep their relationship private and under wraps. An E! News source shared that this Thanksgiving, Swift travelled to London to spend the holiday with the 28-year-old actor.
"She arrived on Thursday from New York and is spending the weekend there," the source added.
Prior to leaving the country to be with her beau, Swift hosted her annual Friendsgiving party with model Gigi Hadid, Martha Hunt and Antoni Porowski.
"It's an annual tradition for Taylor to get together with close friends and do this," an E! News source shared. "Many have been at her gathering in years past. This year was intimate and casual, but they all had a great time."
Her friend Hunt shared a sweet picture of the two friends hugging it out for the 'gram on Thanksgiving, captioning the photo, "thankful for friends."
Hadid also shared a group picture of the lovely Friendsgiving celebration on her Instagram Story where Swift could be seen taking a sip of wine. "Friendsgiving this week :)," wrote the model on her picture. "Love you all sm."
Further, Hunt also reposted the Instagram story and added: "love and miss y'all already."
In October, Swift and Alwyn made a rare public appearance after the 'You Belong With Me' singer performed on Saturday Night Live, reported E! News. (ANI)

IT department summons DK Shivakumar to appear before it today

Cardi B cancels concert in Indiana due to security reasons