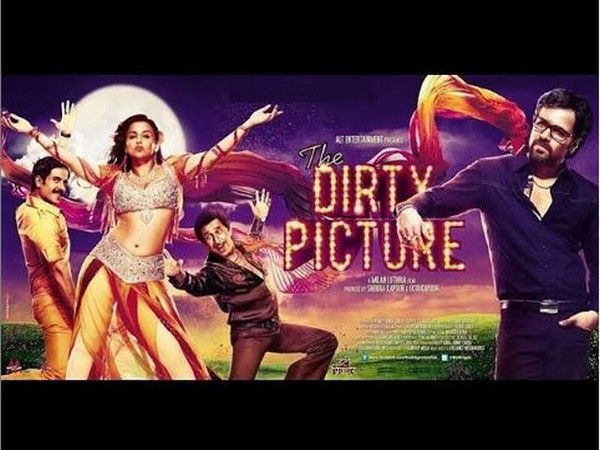 New Delhi [India], Dec 2 (ANI): Vidya Balan, Emraan Hashmi, Naseeruddin Shah, and Tusshar Kapoor starrer 'The Dirty Picture' on Monday completed eight years in Indian cinema.
The unconventional 2011 Bollywood drama was an account on the life of the South Indian actress - Silk Smitha, who mainly was noted for her portrayal in erotic roles.
Bankrolled by Ekta Kapoor, the popular Bollywood movie was widely appreciated for its sassy dialogues and unforgettable music.
The proud producer took a memory down the lane as the biographical drama turned eight today. She shared a video clip on Twitter amalgamating the highlights of the movie.
"Sex karte sab hai dekhte sab hai aur mein dirty???? - silk ! 8years ago ... #thedirtypicture, read the tweet.
She also shared the same video clip on her Instagram handle that read the same caption.
Vidya Balan received the highest accolades for her performance as Reshma who later through her multifaceted journey came to be to be known as 'Silk'.
Despite being a woman-centric film, Emraan Hashmi, who gave a stellar performance, took to his Instagram handle and shared the film's poster.
He wrote, "8 years of the dirty picture .. how time flies . #thedirtypicture."