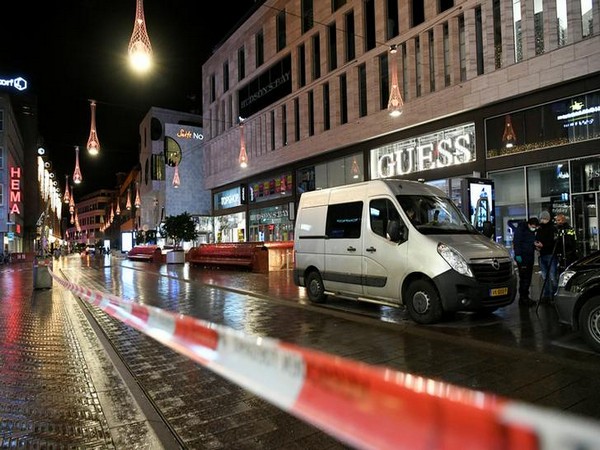 The Hague [Netherlands], Nov 30 (ANI): The three victims, who suffered injuries in a stabbing incident at a busy shopping area here earlier, were discharged from a local hospital on Friday, police said.
The stabbing took place at Grote Marktstraat, one of the most important shopping areas in the centre of The Hague.
Hunt for the accused is still on, the police said. They earlier said that they were looking for a male suspect wearing a grey-coloured jogging suit and aged between 45 to 50 years.
Images and videos on social media showed people running for their lives as the incident unfolded.
Police have urged eyewitnesses to come forward and said that the situation is "complex", CNN reported.
Dutch national broadcaster NOS, citing unnamed sources said, "There is no indication of a terrorist motive." However, the police did not mention any motive behind the stabbing.
The stabbing took place hours after a similar incident occurred at UK's London Bridge where a male perpetrator, suspected of stabbing several people in the area, was shot dead by the police. Two victims have died in the London attack while three others were injured. (ANI)

CPEC not a burden; relations with China will never fray:...