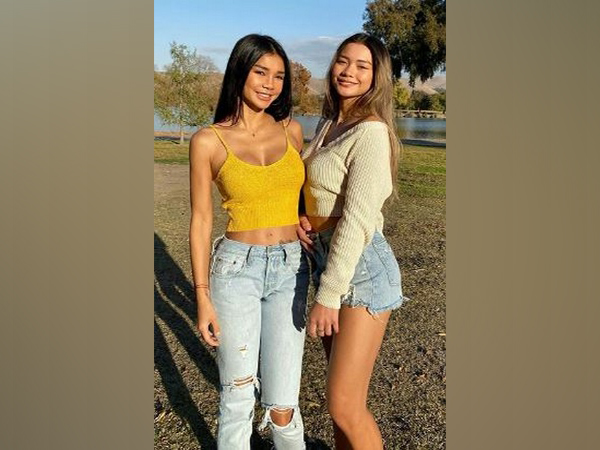 Washington D.C. [USA], Feb 15 (ANI): A mother-daughter duo from California has the internet wondering that who is who between the two.
According to Fox News, an astoundingly youthful-looking 43-yar-old woman claims people are often mistaken that she is the sister to her daughter who is aged 19.
The mom, Joleen Diaz, attributes her unbelievable looks to eating healthy and meticulous skin-care.
Fox News quoted Jam Press which was told by Joleen that "I was pretty young when I had [my daughter], so it's not entirely impossible that we could be sisters."
Daughter Meilani Parks has now become accustomed to being mistaken as Joleen's sister, not that she minds the comparison.
Although the duo shares a strong bond, still, the mother has drawn some lines between their relationship.
"Meilani and I have never gone clubbing or partying together and I don't foresee us doing that anytime in the near future," Joleen told the outlet cited by Fox News.
The mother who is a teacher at an elementary school has in excess of 38,000 followers on her Instagram page.
Revealing the secret of her age-defying beauty, Joleen told the outlet that she has been using skincare products since a young age and puts on sunscreen wherever she goes regardless of the weather. She also uses Tretinoin, a derivative of Vitamin A on her skin.
She further explained that "I rarely drink alcohol, I get a lot of rest, and eat a balanced, healthy diet." (ANI)

Cannabis makes you bad at driving, even when the high wears...