Trolling after these words of praise will test your meditation skills: PM Modi tells Ray Dalio 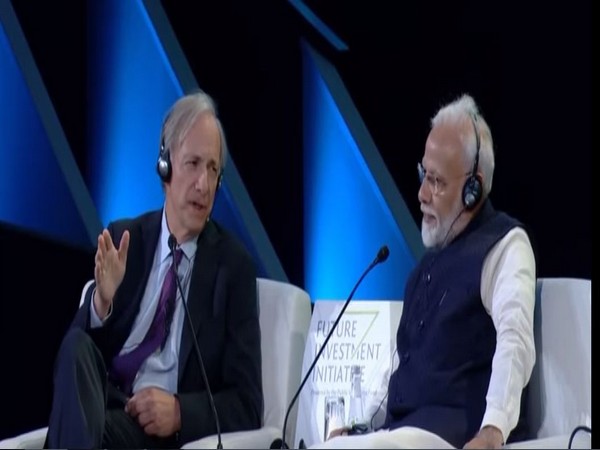 New Delhi [India], Nov 8 (ANI): Prime Minister Narendra Modi on Friday responded to influential global investor Ray Dalio's tweet hailing him as one of the best world leaders in the world, saying that he should now be prepared for being trolled on social media for his words of praise.
"My friend @RayDalio, the trolling after these words of praise would give you the best opportunity to test your meditation skills and being "like a Ninja."! ," Modi wrote on Twitter. 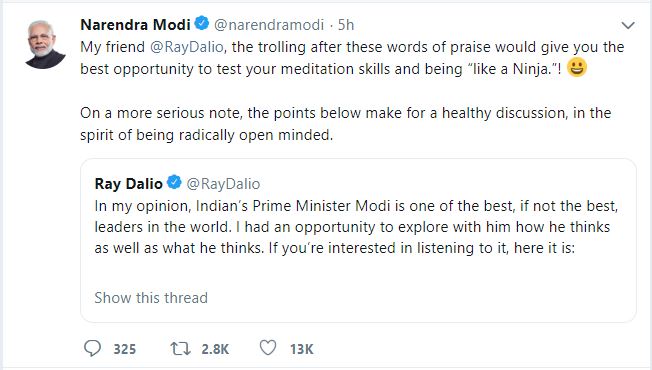 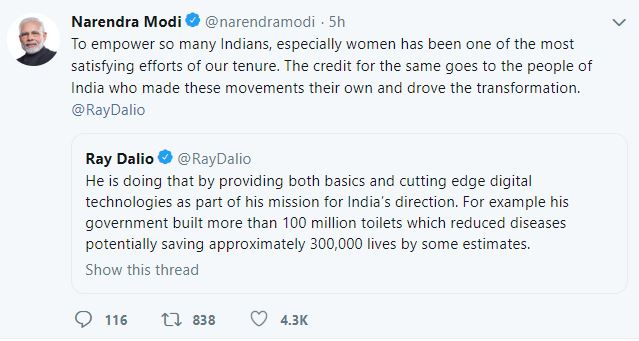 Dalio said that the Prime Minister has a good chance of creating revolutionarily better outcomes with the broad support of the population. "Those are big deals that are hard to find in other countries."
The Prime Minister acknowledged the tweet, saying "The mandate people blessed our team with has been unseen for decades. A full five-year government coming back to the office with a majority was last seen many many years ago. A cross-section of people, across regions, religions, languages, age groups and occupations has blessed us." 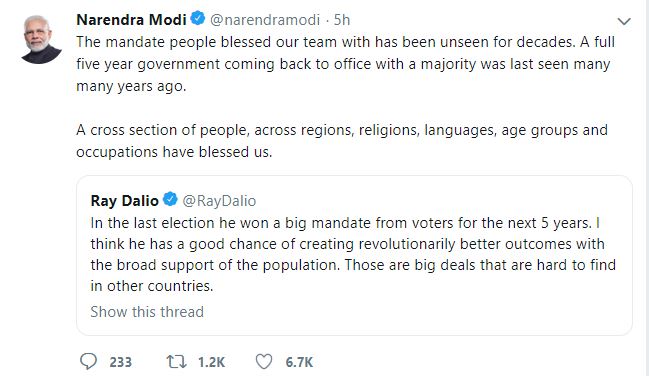 Dalio, who is the founder, co-chairman and co-chief investment officer of Bridgewater Associates, had conducted an on-stage discussion with PM Modi after the latter's keynote address at the third iteration of the Future Investment Initiative (FII) event in Riyadh, which is also known as the "Davos in the Desert" as it draws high profile participants including political leaders from various countries.
During the discussion, Dalio, who has talked about learning how to meditate after being influenced by the Beatles who studied it in India in the 1960s, quizzed the Prime Minister about his meditation practice, his thought process and how that pertained to looking at the world itself. (ANI)

Andhra Pradesh: At least 10 die in road accident in Chittoor