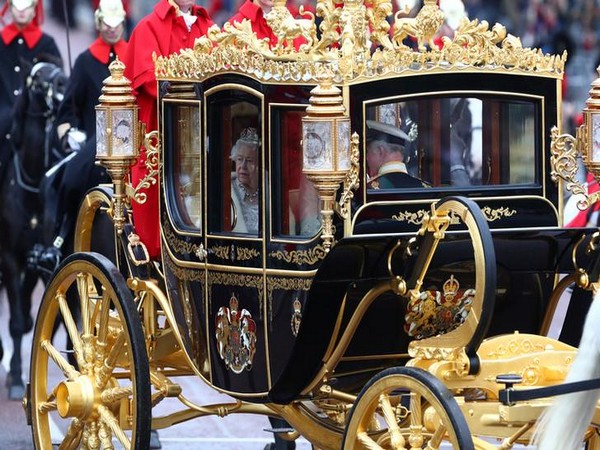 London [UK], Jan 09 (ANI): Hours after Prince Harry and Meghan, the duchess of Sussex announced that they are stepping back from their roles as the senior members of the British royal family, the Buckingham Palace on Wednesday said that the situation is "complicated" and discussions in this regard are at early stage.
"Discussions with The Duke and Duchess of Sussex are at an early stage," the unsigned Royal Communications statement said. "We understand their desire to take a different approach, but these are complicated issues that will take time to work through.", CNN reported.
Earlier in the day, the couple took to Instagram to say that they intend to become financially independent while continuing to fully support Her Majesty The Queen.
"After many months of reflection and internal discussions, we have chosen to make a transition this year," the couple announced on Instagram, explaining that they hope to "carve out a progressive new role within this institution."
"We intend to step back as 'senior' members of the Royal Family and work to become financially independent while continuing to fully support Her Majesty The Queen," they said.
In the statement, the couple also talked about their time between the UK and North America.
"This geographic balance will enable us to raise our son with an appreciation for the royal tradition into which he was born, while also providing our family with the space to focus on the next chapter, including the launch of our new charitable entity," they wrote.
The couple who have a baby son named Archie stated that they look forward to sharing more details of the 'exciting next steps' in future.
"We look forward to sharing the full details of this exciting next step in due course, as we continue to collaborate with Her Majesty The Queen, The Prince of Wales, The Duke of Cambridge and all relevant parties. Until then, please accept our deepest thanks for your continued support." (ANI)

Reports of EU diplomats not being part of group visiting J-K due to restrictions...

China accuses US of interference after Senate passes Hong...

US, China to hold 12th round of trade talks in Shanghai

Lea Michele is trying hard to manage her disease

No change in UK's position on incident in Salisbury: Boris...

Another petition filed in SC against Citizenship Act