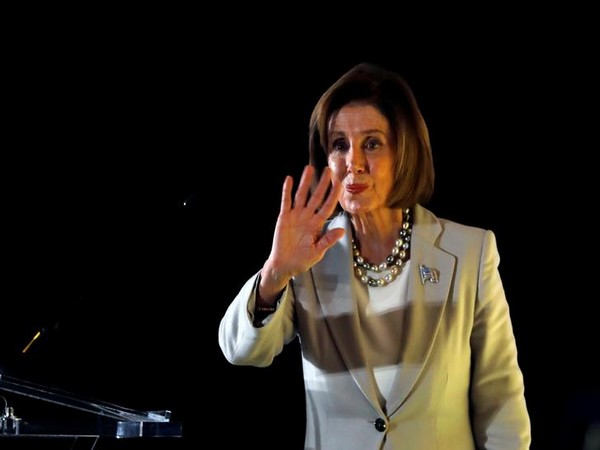 Amman [Jordan], Oct 20 (Sputnik/ANI): The US congressional delegation visited Jordan and discussed matters related to ensuring stability in the Middle East region and developing bilateral security cooperation with King Abdullah II of Jordan, said Speaker of the US House of Representatives Nancy Pelosi.
"This evening, our bipartisan delegation was honoured to meet King Abdullah II, Crown Prince Al Hussein bin Abdullah II, Prince Feisal bin Al Hussein, Foreign Minister Ayman Safadi and senior Jordanian officials...," Pelosi said on her website on Saturday.
"We expressed our continued appreciation for the strategic partnership between the US and Jordan and engaged in a constructive dialogue on regional stability, counterterrorism, security cooperation, Middle East peace, economic development and other shared challenges," she added.
Pelosi highlighted that the visit took place at a "critical time" for regional stability and security.
"With the deepening crisis in Syria after Turkey's incursion, our delegation has engaged in vital discussions about the impact to regional stability, increased flow of refugees, and the dangerous opening that has been provided to the Islamic State (terror group), Iran and Russia," the Speaker also said.
US-Jordanian relations have been closely developing for decades, with Amman having received a status of a US major non-NATO ally in 1996. (Sputnik/ANI)

Indian hockey teams all geared up for Olympic Test Event

Gut bacteria found in mice could help humans with obesity...

Bishkek [Kyrgyzstan], Nov 8 (Sputnik/ANI): Three explosions in a cafe at the center...

Telangana: One Maoist killed in encounter

Through memes, Maharashtra Police urge people not to drink...

Brazil: Rate of deforestation in Amazon rainforest at highest...