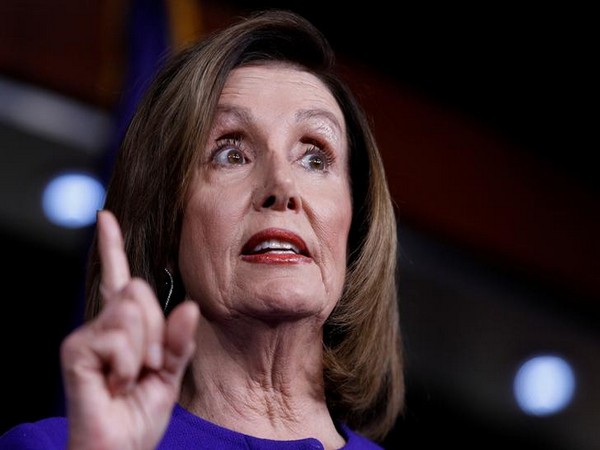 Washington [US], Jan 10 (ANI): The US House of Representative on Thursday (local times) adopted a war powers resolution that limits President Donald Trump's ability to carry out military actions against Iran without the prior approval of Congress.
The House voted 224-194 - with 13 votes outstanding - on Thursday in favour of the resolution which was introduced by Congresswoman Elissa Slotkin, reported Sputnik.
Slotkin has previously served as a CIA analyst specialized in Shia militias, as well as acting assistant secretary of defence for international security affairs.
The resolution was brought a day after Iran fired a number of missiles at two Iraqi bases housing US troops on Wednesday local time in retaliation for the American strike that killed military general Qassem Soleimani last week in a Pentagon-ordered airstrike near Baghdad International Airport.
In a statement on Twitter on Wednesday, House Speaker Pelosi deemed the US' strike that killed Soeimani as "provocative" and "disproportionate".
She said that the decision to carry out strikes that dramatically escalated the tensions between Iran and the United States was taken without consulting the Congress.
The speaker said the Trump administration's killing of Iran's top general, Qassem Soleimani, "endangered our service members, diplomats and others by risking a serious escalation of tensions with Iran."
Pelosi added that some members of Congress have "serious, urgent concerns" about the president's strategy, which the administration did not assuage with a Wednesday briefing or its "insufficient" notification of the strike to Congress under the War Powers Act.
"The Administration must work with Congress to advance an immediate, effective de-escalation strategy that prevents further violence. America and the world cannot afford a war," Pelosi said in announcing the vote on the war powers resolution, led by Rep. Elissa Slotkin, D-Mich. (ANI)