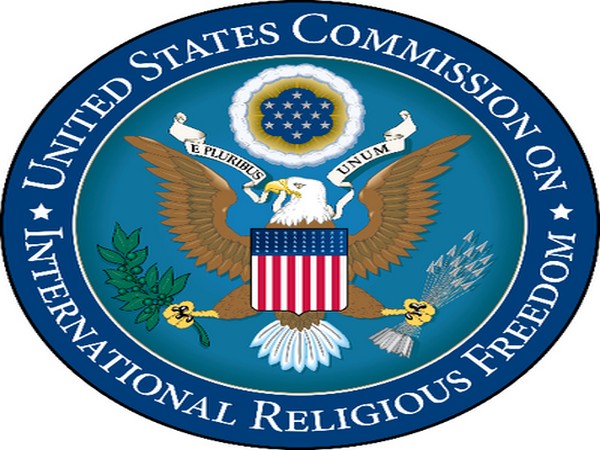 Washington [US], Jan 30 (ANI): The United States Commission on International Religious Freedom (USCIRF) on Wednesday condemned an Iranian court order allowing authorities to confiscate properties owned by Baha'is in the village of Ivel in Mazandaran Province.
The Baha'i faith is not officially recognised in Iran. Established by a Persian religious leader Baha'u'llah in 1863, it initially grew in Persia and parts of the Middle East where it has faced ongoing persecution since its inception.
The Iranian government also changed Iran's national ID cards to remove the option to list "other" as a religion. This change forces Iranian Baha'is to either lie about their religious identity by registering falsely as Muslim, Christian, Jewish or Zoroastrian, or else not be granted new ID cards -- which is necessary for one to obtain a driver's license, to open a bank account, and to conduct other basic official transactions, said the USCIRF in a statement.
"The Iranian government's relentless persecution of Baha'is is a severe violation of religious freedom and must cease immediately," said USCIRF Commissioner Gary Bauer. "It is outrageous for Iran to claim that Baha'i families who have lived in Ivel since the 1800s have no claim to their land or possessions. Additionally, the changes to Iran's national identity cards have no other purpose than to repress Baha'is and other religious minorities. We urge the Trump administration to impose targeted sanctions, freeze assets, and bar travel to the United States for government officials responsible for such discriminatory policies."
USCIRF Vice Chair Gayle Manchin said that she was deeply concerned by the downward spiral of the Iranian government's treatment of Baha'is. "Iran's government denies Baha'is matriculation and entrance to universities, shutters their businesses, and targets them with hateful propaganda. The United States must never cease to speak on behalf of Baha'is and other religious minorities, and to continue to push for pathways to their resettlement and safety," she said.
As reported in USCIRF's 2019 Annual Report chapter on Iran, the country's government considers the Baha'i faith a heretical "deviant sect" whose members are de facto apostates. USCIRF has documented a trend of deteriorating conditions for Baha'is in Iran coinciding with increased domestic and international pressure on the government. During recent protests in Iran, government authorities arrested Baha'is and confiscated their property. (ANI)

Coronavirus toll mounts to 170 in China