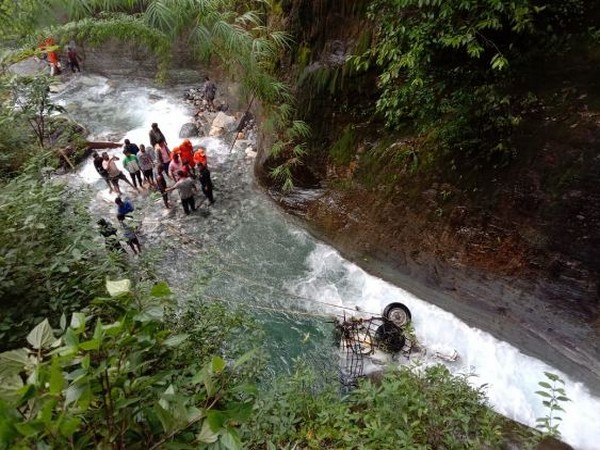 Dehradun (Uttarakhand) [India], Sept 22 (ANI): At least four people died after the car in which they were travelling fell into a river in Chamoli district here.
The group was on their way to Sanji village
The incident took place in Chamoli district at 8 pm on September 21.
On Sunday morning, three bodies were recovered and later rescue teams found one more body. Those killed include a family of three and a driver.
The area Station House Officer (SHO) Mahesh Lakheda on Sunday said that a team of police was immediately rushed to the spot on receiving the information of the incident.
The National Disaster Response Force (NDRF) carried out the rescue operation. (ANI)

Sikh community urges PM to address longstanding demand to recognise Sikhism as a...

Himachal: NH 3 blocked near Mandi due to landslide

I spare no words to condemn Hyderabad incident: WB Guv

ICC rankings: Smith extends his lead over Kohli at number...

Directions issued for constitution of GST GRCs at state...

Saturo launches the most powerful 'Billmade POS for Oracle...