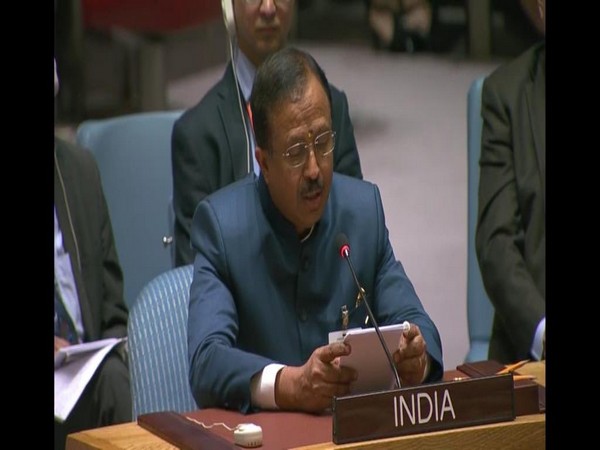 New Delhi [India], Oct 12 (ANI): V Muraleedharan, Minister of State (MoS) for External Affairs will undertake a two-day visit to the Vatican City, Rome beginning Saturday to attend the Canonisation ceremony of Sister Mariam Thresia.
"V Muraleedharan, Minister of State for External Affairs will be visiting the Vatican City on October 12 to 13, 2019. He will lead the Indian delegation at the Canonisation Ceremony of Sister Mariam Thresia," a statement by the MEA read.
Sister Thresia is the fourth from Kerala who will be attaining sainthood. Prior to her, Vatican had declared three Kerala-born Indian Catholics, including Sister Alphonsa, Sister Euphrasia, and Father Kuriakose Elias Chavara, as Saints.
Sister Thresia will be canonised by Pope Francis on October 13.
Breaking the shackles of gender stereotypes, Sister Thresia had founded the Congregation of the Holy Family, which was officially accepted in 1914.
Sister Thresia was born on April 26, 1876 in Thrissur, Kerala. She passed away on June 8, 1926 and was beatified by Pope John Paul II in April 2000.
On July 1 this year, Pope Francis had formally approved her canonisation at an ordinary public consistory of cardinals on causes of canonisation at the Vatican.
(ANI)

Priyanka Gandhi to visit UP during training camp on Jan...

Mumbai (Maharashtra) [India], July 30 (ANI): Board of Control for Cricket in India...

Had I run away from chief ministership, I would have been...

Dhoni's unavailability from cricket is itself an answer:...

Those who are not aware of ancient Indian knowledge question...

Ruby Rose opens up about emergency surgery after performing...

Congress, NCP allies await clarity on their role in next...

Mumbai (Maharashtra) [India], Nov 21 (ANI): Smaller allies of the Congress and the...