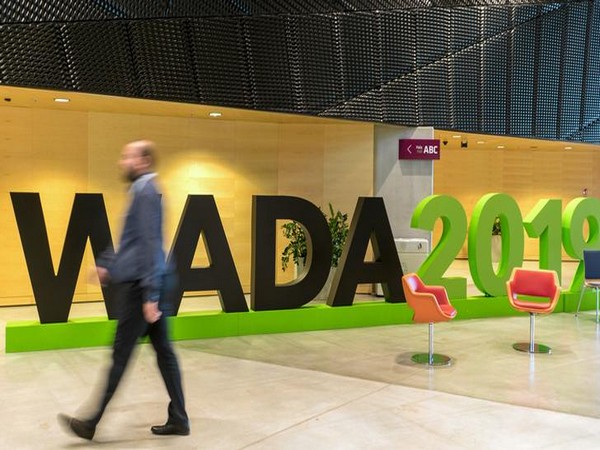 New Delhi [India], Jan 14 (ANI): World Anti-Doping Agency (WADA) has decided to retest Indian athlete Chunni Lal's urine sample. Lal is already facing a four-year ban.
National Anti-Doping Agency (NADA) imposed the ban on the fencer as steroid was found in his urine sample. Now, the world body has decided to retest his urine sample.
Both, the athlete and his lawyer, have been informed about this retest during a hearing by NADA's anti-doping appeals panel (ADAP).
Lal said he was not satisfied with the test result as his sport does not require power.
"I was not satisfied with the test result because in my sports there is no use of more strength and power but yes WADA has asked NADA to retest," Lal told ANI.
Sourabh Mishra, the lawyer of Lal, said he does not know the exact reason why WADA was retesting but it is 'really significant'.
"Yes, we have been informed during an ADAP hearing that WADA wants to retest the sample but we do not know the exact reason why they want to do it but retesting of sample is really significant. There must be something if WADA has called for retesting and as far as the athlete is concerned, he has been saying this from the beginning that he does not know from where it came," Mishra said.
"If you see, there are no cases of doping in fencing usually because it is a game of skills and not strength. So, the athlete is surprised how the prohibited substance was found in his sample. And if WADA has taken the initiative to reinvestigate this whole issue, it is very important," he added.
Mishra said that Lal had admitted to taking Viagra during the hearing but failed to recollect full information due to which the disciplinary panel imposed the ban.
"Yes, he admitted during the hearing but we do not have any evidence that it came through Viagra and we cannot prove that. But the athlete, right from the beginning, has been saying that he knowingly and intentionally did not take anything which might come positive in the sample," he said.
"Athlete insisted that he did not take anything and when the disciplinary panel questioned him and asked to tell more and try to recollect for information then athlete told he took this tablet. But the exact nature and composition was not known so the disciplinary panel imposed a four-year ban on him," Mishra added.
Mishra feels that Lal's will be exonerated if the retest comes out to be negative.
"If the retesting sample shows negative, then I think the athlete will get exoneration," he said.
Also, NDTL, India's premier dope testing laboratory has been suspended because it failed to adhere to the WADA guidelines. (ANI)