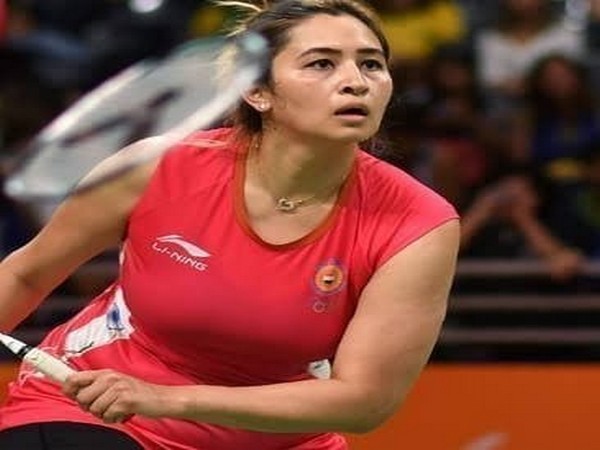 New Delhi [India], Dec 7 (ANI): Shuttler Jwala Gutta on Saturday said that she was really disturbed to see so many people celebrating the encounter of the four accused in the rape and murder of a veterinarian in Telangana.
She also said that she was relieved that some people still shared her concerns.
"Yesterday I was so disturbed n disappointed to see the kind of celebrations which took place that I just couldn't sleep. But also relieved to see a lot of people who showed the same concern as me-I just hope we all stand united and not lose trust in our constitution and judiciary," Gutta tweeted.

On Friday, all four men who were accused in the gang-rape and murder of a young veterinarian in Telangana were shot dead by police.
Ever since there have been divergent views on police action. While some have hailed it others have said that justice should have been done through a legal process.
Gutta had also tweeted yesterday asking, "Will this stop the future rapists?? And an important question: will every rapist be treated the same way...irrespective of their social standing."

Ten days ago, the victim left home on her two-wheeler in the evening to go to a doctor's appointment.
Later she called up her to say she had a flat tyre, and a lorry driver had offered to help.
Efforts to contact her afterward were unsuccessful, and her charred body was discovered under a flyover by a milkman the following morning.
The incident created a national outcry with people demanding stricter laws for the crime against women.
According to the police, the four accused men, who had been in detention, were being taken to the scene of the crime, when they tried to escape and were shot at.
"The accused Mohammed Arif, Naveen, Shiva and Chennakeshavulu were killed in a police encounter at Chatanpally, Shadnagar today in the wee hours, between 3 am and 6 am," Cyberabad Police Commissioner V C Sajjanar had said.
Police said the veterinarian was brutally gang-raped and killed by the accused before they burnt her body in Telangana's Shamshabad on November 27. Her charred body was recovered on November 28. (ANI)

Public hanging for rapists, murderers should be made the law: Goa Minister

UEFA reveals nominees for 'Player of the Year Awards' 2018-19

Irfan donates food to needy, says giving is a way of life

Not a fan of four-day Tests, says Virat Kohli

Toll from earthquake in southern Philippines rises to 8

Davao del Sur [Philippines], Dec 17 (Sputnik/ANI): The death toll due to an earthquake...