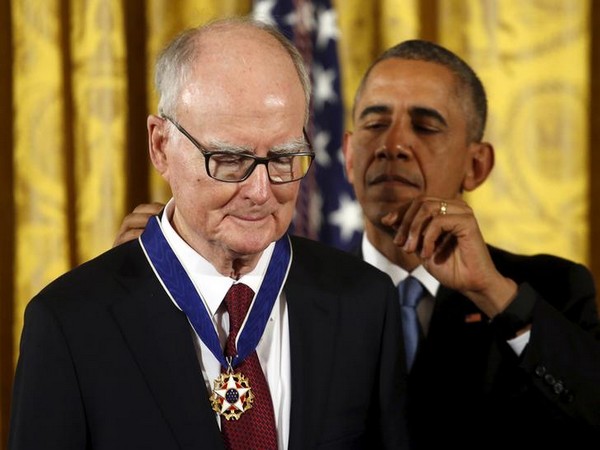 Washington D.C. [USA], Nov 28 (ANI): William Ruckelshaus, a key figure in America's Watergate scandal and the first head of the Environmental Protection Agency (EPA), passed away in his sleep on Wednesday (local time) at the age of 87.
Reacting to the news, EPA administrator Andrew Wheeler said in a statement that the "entire EPA family mourns the loss", CNN reported.
"Thanks to his leadership, all Americans are living with better air quality, water quality, and a cleaner and healthier environment," Wheeler said.
"I am grateful for his service to the agency. My thoughts and prayers are with his family and loved ones during this time of grief," he added.
Ruckelshaus started working with the EPA since the agency's inception in 1970. During his tenure of an administrator, he guided the EPA through the enactment of the first federal environment statutes, steps that would define the agency's place within the federal government.
The White House shifted Ruckelshaus in 1973 to acting director of the Federal Bureau of Investigation (FBI) and then deputy attorney general.
He returned to practice law in Indianapolis with the firm his family founded in 1895, after leaving the Justice Department but the government of former US President Ronald Reagan, in 1983, brought him back to run the EPA after the then administrator Anne Gorsuch and a number of her top aides resigned amid allegations of mismanagement and conflicts of interest.
Ruckelshaus was awarded the Presidential Medal of Freedom, the nation's highest civilian honour, by President Barack Obama in 2015, according to The New York Times.
Obama had said that Ruckelshaus "spent his life putting country before party or politics. He reminds us how noble public service can be. And our air and water is cleaner and our lives are brighter because of him."
However, Ruckelshaus is best known for his role in the Watergate scandal in which he refused to carry out President Richard Nixon's orders to fire special prosecutor Archibald Cox, who was investigating the scandal that ultimately forced Nixon from office.
The scandal was a major federal political scandal in the United States involving the administration of President Richard Nixon from 1972 to 1974.
It had stemmed from the June 17, 1972, break-in of the Democratic National Committee (DNC) headquarters at the Watergate Office Building in Washington, by five men and the Nixon Administration's subsequent attempts to cover-up its involvement in the crime.
Soon after the men were arrested, the press and the US Justice Department discovered a connection between cash found on them at the time and a slush fund used by the Nixon re-election campaign committee.
The scandal resulted in the indictment of 69 people apart from the resignation of Nixon. (ANI)

MDMK Vaiko give zero-hour notice in RS over demand to establish SC bench in Chennai...