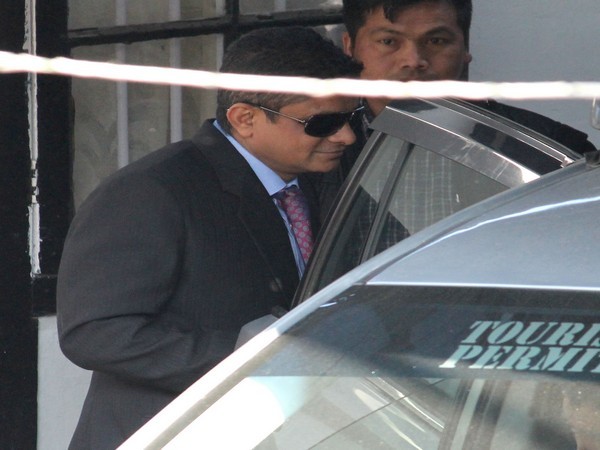 Kolkata (West Bengal) [India], Sept 19 (ANI): A court here on Thursday reserved its order on an application filed by former Kolkata Police Commissioner Rajeev Kumar on his arrest and CBI's plea to issue a non-bailable warrant (NBW) against him.
Additional Chief Judicial Magistrate (ACJM) Subrata Mukherjee reserved the order after hearing arguments from both the sides.
Kumar, in his pea, prayed that the CBI requires the state government's nod to arrest him as he is a government official.
A District Session Court had on Tuesday disposed of the bail plea of former Kolkata Commissioner Rajeev Kumar, who is accused of tampering with evidence in Saradha scam case, while a special court for lawmakers disposed of a plea filed by CBI seeking a non-bailable warrant (NBW) against him.
Meanwhile, the CBI has issued another summon against former Kolkata Police Commissioner Rajeev Kumar to join the investigation in the case.
CBI moved the court as Kumar continues to avoid appearing before the investigation agency for questioning in the Saradha chit fund scam case despite several summons issued against him.
The Calcutta High Court had last week withdrawn protection from arrest granted to the former Kolkata Commissioner in the case.
Kumar was a part of the SIT constituted by the state government to probe the scam before the Supreme Court transferred it to the CBI. He is accused of tampering with the evidence in the case. (ANI)

UP: Scooty-driver claims to receive fine for not wearing...

Why are men more cancer-prone: Answer may lie in the Y...

BJP organises 'Mashal' rally in Kolkata to protest over...

Army was ready for ground escalation by Pak after Balakot...