Will be your shield, sword if MP govt doesn't fulfill manifesto promises: Scindia to guest teachers 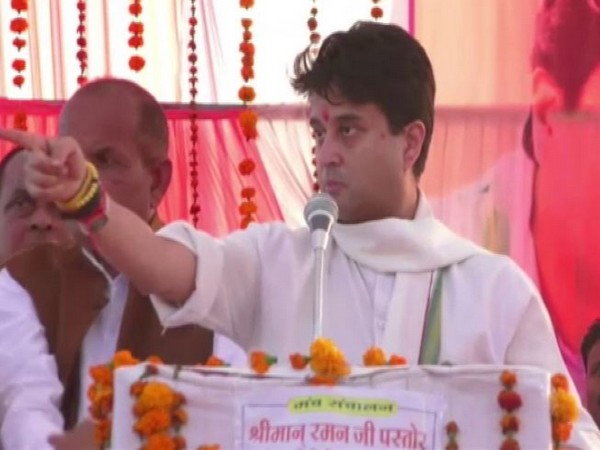 Tikamgarh (Madhya Pradesh) [India], Feb 14 (ANI): Congres General Secretary Jyotiraditya Scindia on Thursday assured to regularise guest teachers here, stating that he will be their "shield and sword" if all promises in the party's manifesto were not fulfilled.
Congress is ruling the state with Kamal Nath as the chief minister.
"I want to assure you that your demand is included in our government's manifesto and it is our sacred text. It has been a year for the government, teachers have to be a little patient. Our turn will come and if not then I assure you that I will be your shield and sword," said Scindia in an event organised in Kudila village of Tikamgarh district.
"If all promises in the manifesto are not fulfilled, do not think you are alone. Scindia will also hit the streets with you," he added.
He further said that he has requested the state government to work on eradication of malnutrition in 5 years. "We will remove the blur of malnutrition within our government's tenure," he said.
Madhya Pradesh has been reeling under a nutrition crisis. The state tops the list for malnourishment under the age of six in India and around 60 per cent are malnourished, as per international non-profit Save The Children. (ANI)

Blast from the past: Priyanka Chopra shares throwback photo of Miss World win

England have strong squad to compete against any team, says Chris Jordan

JDU, BJP relationship is well tested and more than two...

Here's the reason for anxiety disorders

Washington DC [USA], Oct 12 (ANI): If you're the one suffering from panic attacks...

New Delhi [India], Oct 7 (ANI): A special bench of the Supreme Court will hear on...

Lionel Messi to display Ballon d'Or award to fans before...

MP: BJP sends notice to Surendra Nath over his controversial...